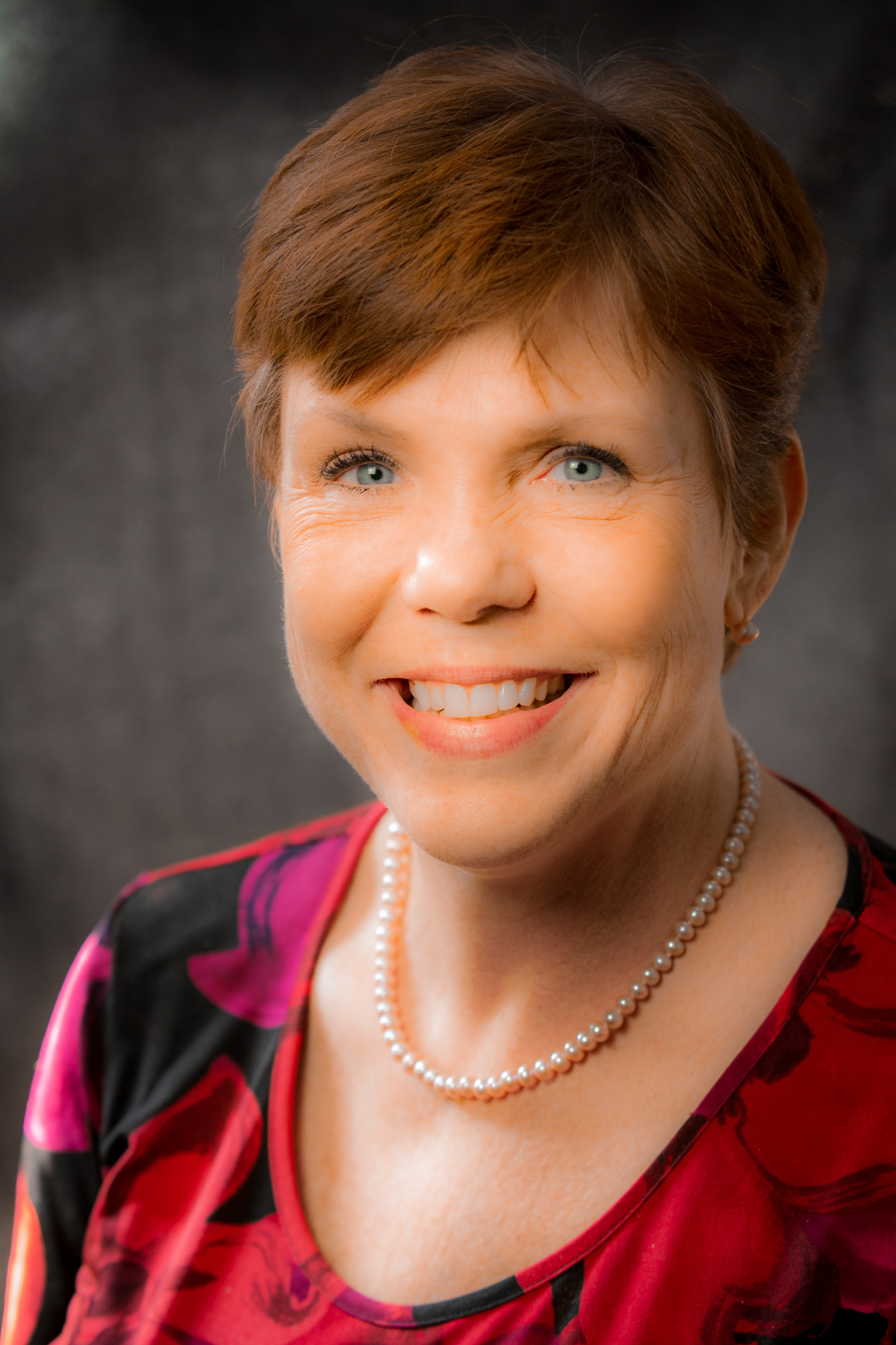 Tammy has been waking up Western North Carolina for 15 years as the co-host of Mix 96.5’s morning show. Tammy’s a proud graduate of Mars Hill University, a self-proclaimed news junkie and a passionate advocate for animals and children.

A North Carolina native, DJ Kipper moved to California during high school where he bought his first turntables at 16. After touring with a rock band for 4 years across the nation, Kipper moved back to Asheville. He has been voted #1 DJ for the past 6 years in the Mountain Xpress Best of WNC reader’s poll. He joined Mix 96.5 in 2016 and can be heard on the Mix Morning Show with Tammy 6am to 10am. When Kipper is not in the studio he writes, produces, and hosts Kipper’s Totally Rad Trivia Night weekly around Asheville. 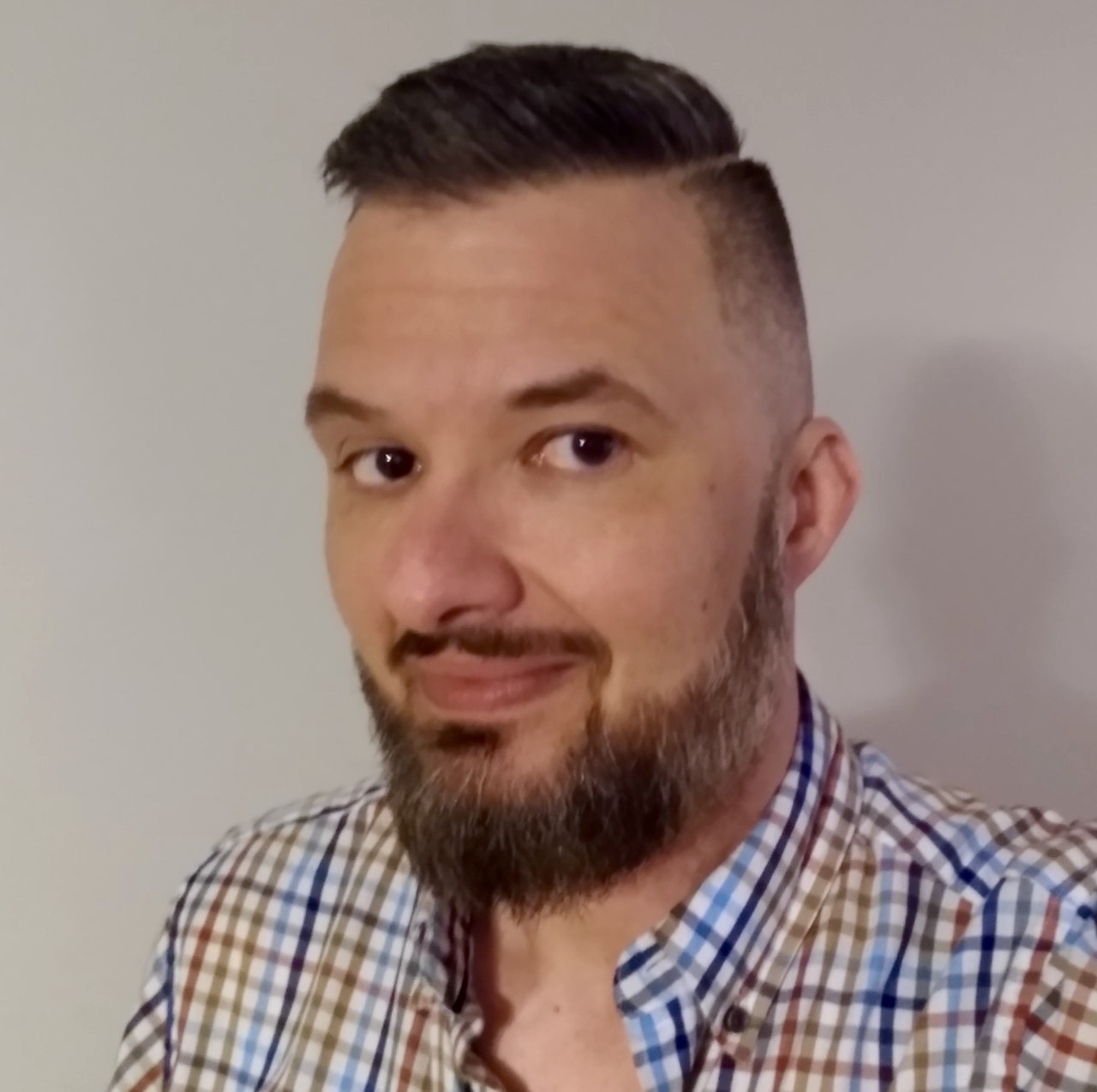 When not spending time in the school drop-off line or cheering from the sidelines with the other soccer moms, Ken is along for the ride home on the Ken & Jordan afternoon show on Mix 96.5. He’s the father of two elementary-aged kids and one geriatric rescue bulldog. Ken started working in Asheville radio and television in 1993, which might qualify him as a “fixture” – though he’s sensitive about that word because he thinks it makes him sound old. We tried “seasoned”, but he argued that made him sound like a chicken dish. Let’s just go with likeable, relatable, and entertaining.

Ken is also the editor/video producer of the828.com, Asheville Radio Group’s local entertainment website on the pulse of the local food, brewery, music, and family fun scene. He also hosts “Breakfast with the828.com” on Rewind 100.3, a monthly program for non-profits to share the great work they do, and how our listeners can get involved. 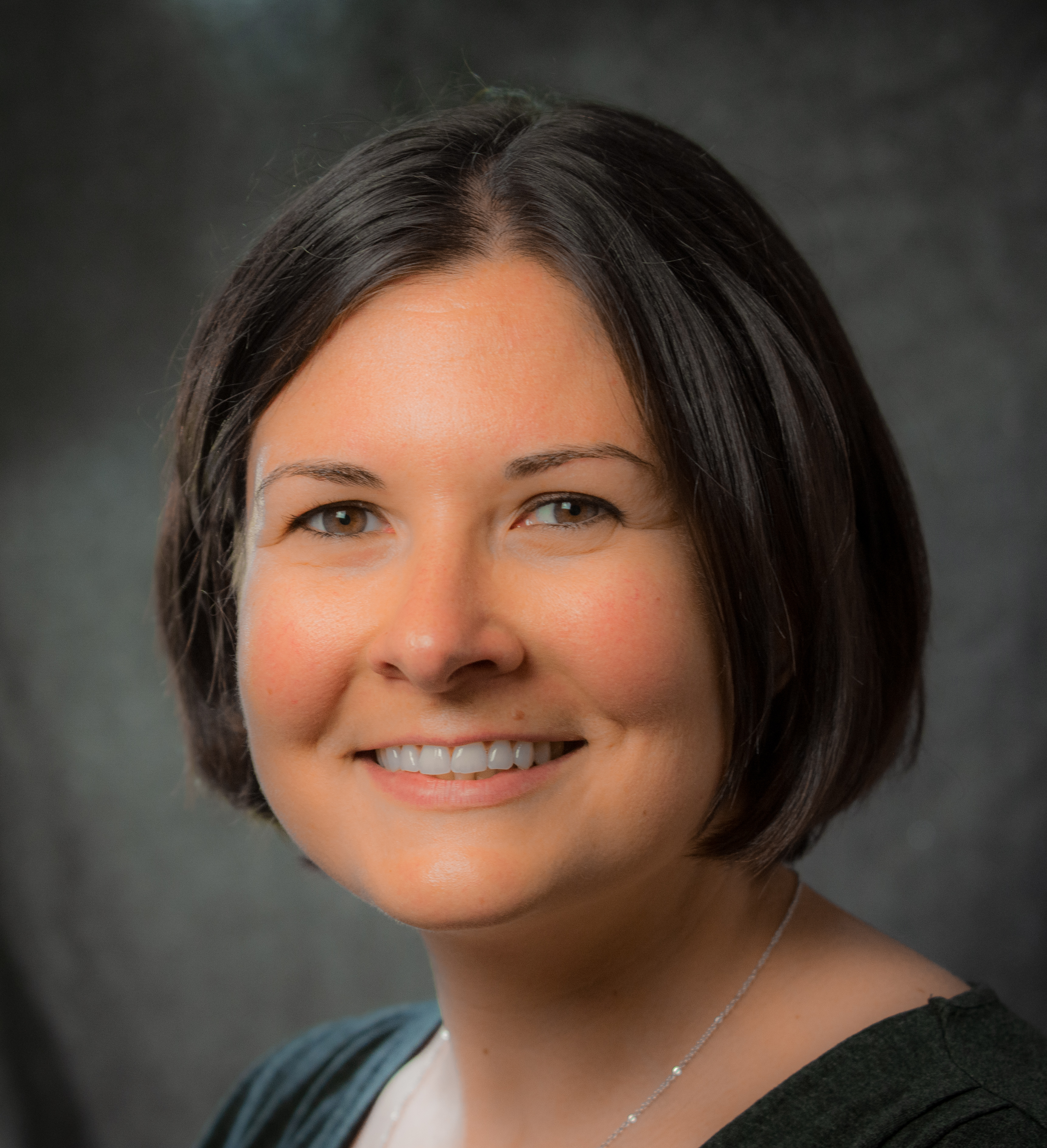 Jordan gets Asheville – which is nice, because Asheville “got” her. She visited after a post-college road trip, and like so many others, knew she was home. While she loves the local music and outdoors scene, she’s also busy at home, with hobbies that include baking, eating pizza, and Netflixing with her husband and dog. Her career started as a dancing radio mascot, but she’s even more entertaining now that she gets to talk.

Neal Sharpe hosts weekday evenings on Mix 96.5 and enjoys all that that our great community has to offer. Neal says it’s very rewarding being on-the-air on Mix 96.5. “Our listeners and advertising partners are the best in supporting our Mix 96.5 Christmas Is For Kids program, Race To The Taps runs and our many other charitable and station events.”

Brian has worked for Legendary stations, like Classic rock Z107, and 1075 The Buzz in Houston, WROQ Rock 101 in Greenville, SC and was named A.I.R. Radio personality of the year in San Diego with KPLN. He was number 1 in all 3 markets. 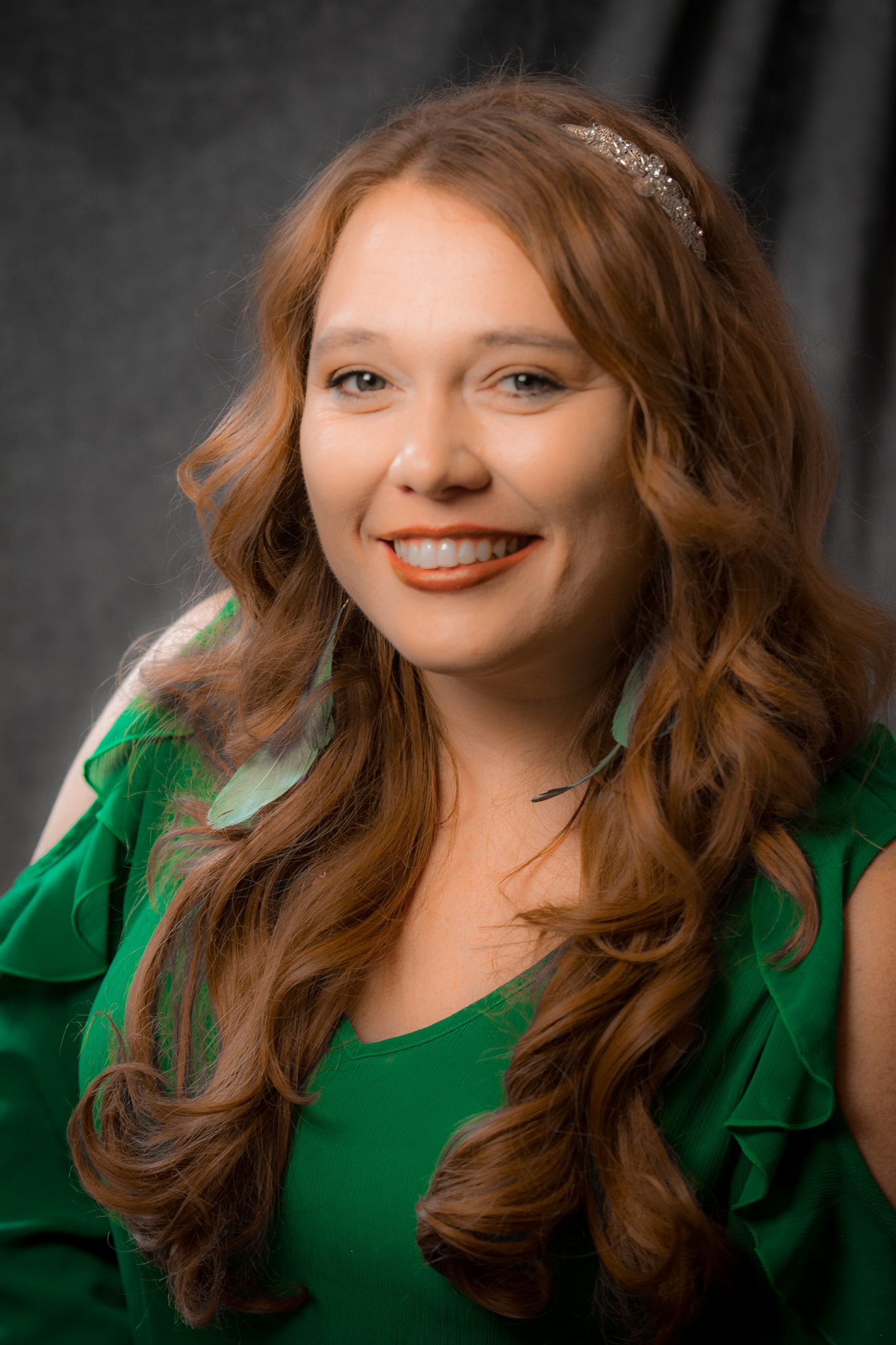 Crystal grew up in Eastern North Carolina in the small town of Williamston and fell into radio while in high school and never looked back. She attended East Carolina University and originally wanted to be a news or weather reporter. Imagine Crystal in the middle of a hurricane hanging on to a light pole or chasing tornadoes! She was also a Marching Pirate, playing piccolo and flute (insert band camp jokes here). Crystal is married to Sean (retired Marine), and has two kids Ryan (2009) and Mariana (2012). She loves radio, graphic design, photography, fitness and staying busy with her family, kids and German Shepherd. 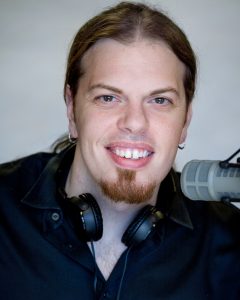 Born and raised in Asheville, NC. Active on the local music scene since 2000 he released his debut EP “FABULOUS”. Aaron landed his first on-air gig as a jock on ARG’s WTMT 105.9 “The Mountain” shortly after it signed on in May of 2007. Join him every afternoon from 2 to 7. 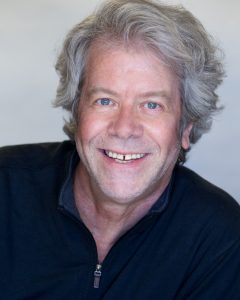 It all started for me when JB was growing up in St. Louis and he’d listen to KSHE-95 the HUGE Rock station and the oldest in the country. He always thought that there’s a job he could really get into. When he finally did it was fifteen years later in Crestview, Florida, at a small Country station 104.9 WAAZ.

The country format wasn’t too much to his liking and so he got a part-time gig on TK-101 in Penascola. That’s what really opened his eyes to the Rock format. While working one summer putting up wood fence in Pensacola, he would listen to all his friends on the air and say to himself, “I’m getting back into radio if it’s the last thing I do” So later that year he got a job at 96.9 WDJR in Enterprise Alabama.

From there, they moved the station to Dothan, and he worked in that town until 2001 when he got a job in Columbus, Georgia, for two years at a Classic Rocker. He loved the people and the town, but once they got sold, he returned to Dothan as Program Director at WESP 102.5. Then most recently, JB came up to Brevard to help his mom out after they lost his dad. “I really have a long term connection with this area going back to 1969 and Camp Sequoyah in Weaverville where I worked and got to love these mountains.” JB joined the 105.9 The Mountain team in October of 2014 and loves the people and city. In his spare time, he’s down in the basement jamming to some Rock CD while doing woodworking, or on the French Broad in his kayak. As much as he misses working on his old ’36 Dodge, he has a real passion for classic cars of all sorts. 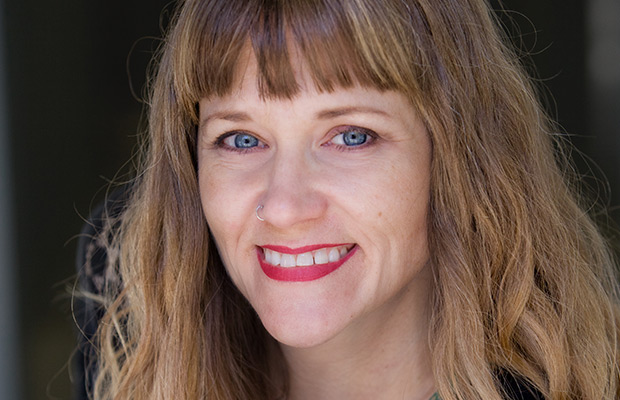 Piper Phynnie hails from Montana where her mother and father were street performers entertaining the masses with interpretations of GI Elvis. She and her husband and their two 4-footed fuzzy children moved to Asheville from Idaho in hopes of discovering new things (like gluten free beer and stinkbugs) and to begin a life amongst weirdos like themselves. Eureka!

A veteran of rock radio and all things tasteless, in her spare time, Piper enjoys hiking, biking, movies, belly dancing, writing and a good book. But mostly she’s just happy to be a part of 105.9 the Mountain and is ready to discover all that Asheville has to offer! 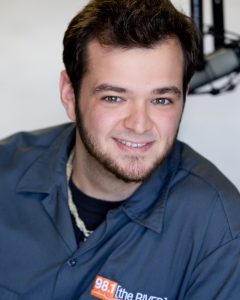 You can’t spell sMiles without Miles! Miles joined our team five years ago after graduating from Western Carolina University, where he was the program director for WWCU. Having grown up in Asheville he was a music nerd at a young age, catching shows across the area from garage concerts to regional festivals such as Firefly and LEAF. By day, Miles is our lunchtime host and Program Director of 98.1 The River, by night you might see him downtown driving the Amazing Pubcycle. Miles can tell you all the best spots to grab a pint, a bite, or just a breath of sweet mountain air. When he isn’t working, he’s out paddling on the local rivers or hiking his favorite trails. 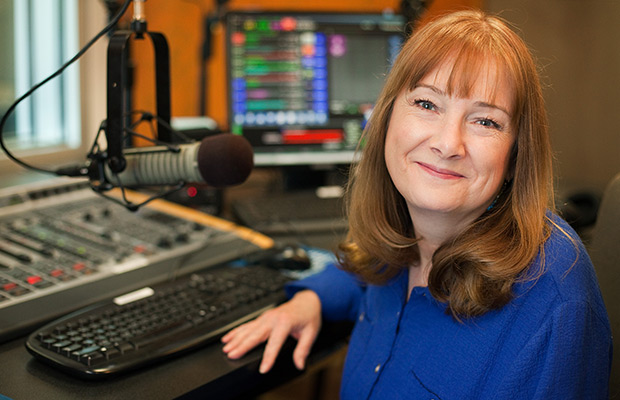 Stephanie grew up in Asheville and believes these mountains are an incredible place for a kid to grow up! Some of her favorite memories include hiking with her brother and their two big, grey, Weimaraner dogs, and dressing them up in shawls, hats and super-sized sunglasses. Artist William Wegman has since made a lot of money doing the very same in his books and calendars…

After graduating from UNC Asheville, her radio career took her to some rather diverse locales over the span of 6.5 years: Chattanooga to Fargo to Scranton to Miami to Atlanta. She loves it here, and feels very much at home doing Mornings on 98.1 the River!

Stephanie then took some time off from radio to concentrate on a voice-over and film and television acting career in Atlanta and Boston. One of her coolest film jobs was a role in Scream 2. She says that’s the one most people want to know about. (Courteney Cox is awesome, a lover of art and animals!) She also did a bunch of In the Heat of the Nights. (Carroll O’Connor was a true gentleman, kind and talented – the complete opposite of All in the Family’s Archie Bunker.) 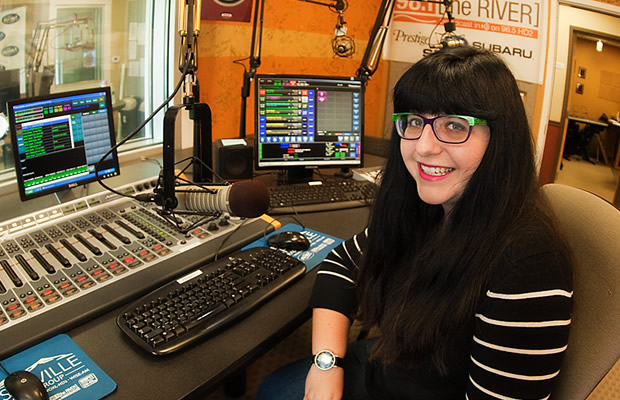 Whitley has been into music since she was in the womb. (Her mom went to a Bad Company show when she was pregnant with her. She muffled the sound with coats and tee shirts.) Born and raised in Asheville and the surrounding area, she was immersed in the amazing music the area has to offer. Coming from a family of musicians, she flip-flopped between wanting to grow up to be an archaeologist, a journalist, or a rock star.

Whitley went to Western Carolina University, where she had the dream of going into the Commercial and Electronic Music program. Fate intervened, and she started in the Motion Picture and Television Production program, with aspirations of being one of the great female writer/directors while working at the campus radio station. (She had a ska/punk show for two years there. RIP West Coast in the Whee!) She ended up graduating from the Broadcast Communication program in 2013, and she’s been with Asheville Radio Group since.

If you go to a lot of shows at the Orange Peel, you might recognize Whitley as one of the house photographers there. She is also the resident River nerd and a mega bookworm. 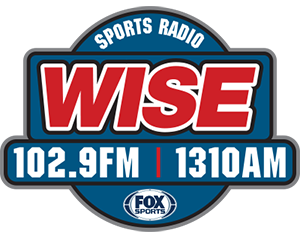 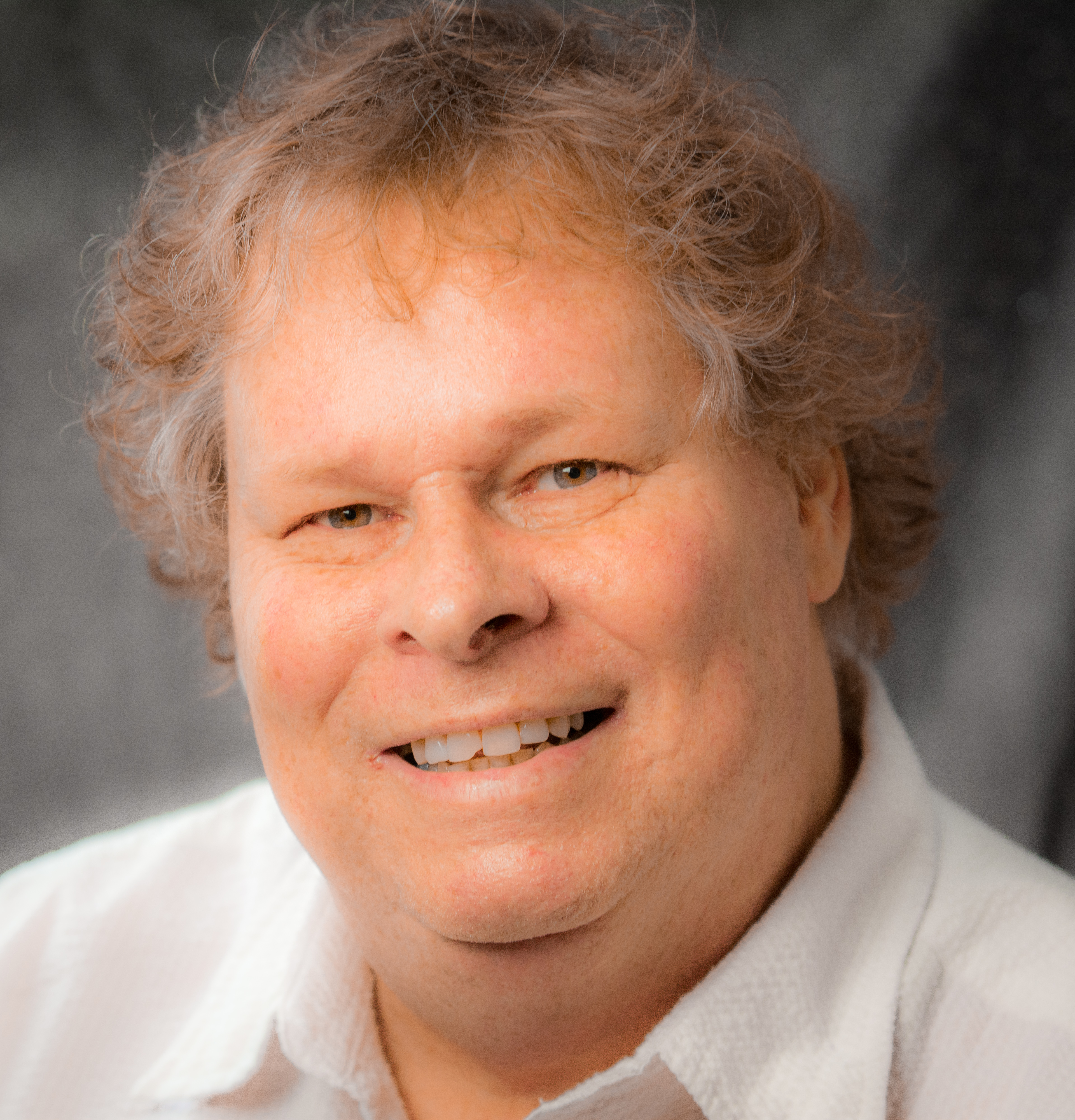 Pat Ryan has hosted The WISE Guys since May of 2005. Before the WISE Guys, Pat was the morning host on 96.5 WOXL in Asheville and co-host of “Sports Talk Saturday” with News 13’s Jon Le on 880am.

Pat lives in West Asheville, where he and his wife Kathleen (a local artist) enjoy walking the neighborhoods and soaking up the many cool pubs and restaurants the Westside has to offer. For the past 14 years, Pat has played bass guitar in The House Band, which has opened for the Beach Boys, Temptations, The Rascals and Gary Puckett and the Union Gap.